Our Little Lady Was Born... 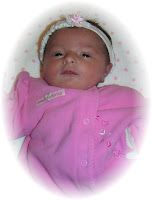 Madison was born at 38 weeks weighing 6 pounds, 3 ounces and was a very healthy little girl. The only noticeable thing about her was that her breathing seemed loud after birth. We were told that they suctioned her several times and probably irritated her nasal passage- she was fine. It was worrisome, but we took their word for it. Madison came home to meet her big sister, Mackenzie and was a very enjoyable baby. 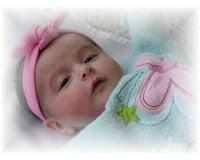 In April, at 2 months, we continued to notice that Madison's breathing seemed rapid and a little labored. However, she seemed very healthy and happy and we were told not to worry.
6 months...rapid breathing

Then we took Madison to her 6 month well check, the pediatrician was concerned that Madison 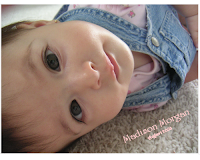 was breathing fast and wheezing. Her pulse ox was strong at 98% so we had a chest x-ray to look for a possible heart defect. A pediatric pulmonologist was conferred, but considering Madison was healthy and doing fine...we continued to "watch and wait."

9 months...symptoms continue
When Madison reached 9 months, she still appeared "healthy" despite this ongoing rapid breathing. Her weight slowed down, but she still was thriving. The pediatrician had us get an 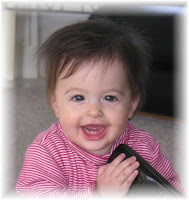 echo cardiogram to officially rule out any heart problems. They have documented that Madison was breathing 80 breaths per minute at her exam.

11 months...
At 11 months, Madison was seen at the pediatrician's office with rapid breathing, a pulse ox saturation of 89%, coarse breath sounds and some scattered wheezing. She was running a temperature as well and was admitted to Toledo Children's Hospital...this is where our journey really began. 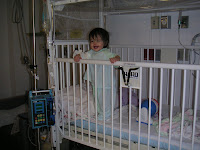 While in the hospital, Madison's x-rays and CTs indicated that her lower lobes collapsed and she appeared to have pneumonia and possibly asthma. Doctors were also concerned about cystic fibrosis especially since we have a family link to the gene. Upon discharge, Madison had a 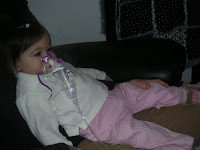 negative sweat test, but was started on numerous breathing treatments every 3-4 hours around the clock.Symptoms continue...more tests...no answers
As the months passed by, Madison was always full of life! She never appeared sickly. What bothered us most was that she continued to breathe fast and hard, despite the numerous medications and breathing treatments. We continued to take her back in where we would generally have a chest x-ray, sometimes start steroids or increase meds. The pulmonologists and our pediatrician ran tests trying to figure out the cause of Maddie's breathing issues. We were seen at a doctor's office too frequently and were finally just given the diagnosis as asthma. Yet, we just weren't comfortable as Madison was NOT responding to any asthma treatments.

We began seeing other specialists: an immunologist, cardiologist, GI, and even went to University of Michigan to see a pulmonologist there. Nothing was turning up. Madison's weight 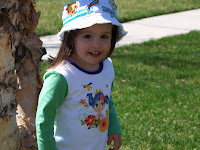 gain had slowed down despite her ravenous appetite and we were growing more and more concerned about her breathing ESPECIALLY when sleeping. Every trip to the doctor frequently led us to a pneumonia diagnosis because of the sound of crackles in her lungs and hazy x-rays. We were getting very frustrated...but were beginning to feel that we were out of options and maybe this was "just Maddie."


Another long hospital stay...no answers
By the time she was 2 1/2, Madison's breathing issues were becoming more and more frequent. I began hearing audible "fizzing" sounds when she was breathing. She was quickly started on a heavy steroid dose as well as antibiotics. She was admitted to Toledo Children's Hospital for 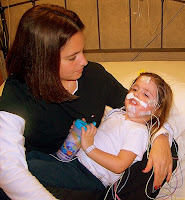 observation. I remember the doctor coming in to assess her and couldn't figure out why Madison was there...until night time when Maddie fell asleep. Her oxygen saturations dropped from the mid-upper 90s to the mid-upper 80s. FINALLY, they were seeing what we had been seeing every night at home. Madison was started on oxygen. She had more and more testing done during the visit including another bronchoscopy, a sleep study and PH probe. We stayed for 8 days. We left without oxygen, but continued on steroids, breathing treatments and antibiotics.

Trying something new...
By December, 2 months shy of her 3rd birthday, Madison's doctors decided to begin treating her as a CF patient and use VEST therapy and some new breathing treatment medications. Madison wore a vibrating vest twice a day for 30 minutes and never complained. 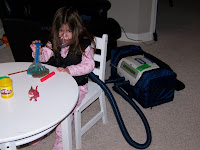 She is an amazing little girl who sat through this intense 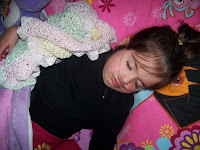 treatment while getting a breathing treatment. We finally convinced the doctors to do a saturation study at night to evaluate the need for oxygen. Sure enough, Madison was desatting and started using oxygen while she slept. Amazingly, she began her oxygen without crying or complaining. Here is a video of Madison sleeping...you can see how her breathing doesn't look right... her stomach is working too hard.

Cincinnati...
By this point, our pulmonogist was not satisfied with our "asthma" diagnosis. The CF treatments were not working either...so we were sent to Cincinnati Children's Hospital. We had been researching on the Internet and had found some wonderful families who led us to believe Madison may have a similar disease of their children. We are indebted to these friends who led us to Dr. Lisa Young in Cincinnati. She confirmed our suspicion that indeed Madison has 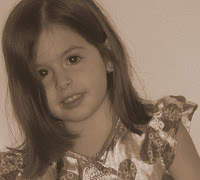 children's Interstitial Lung Disease. The chronic crackles, low oxygen saturations, rapid breathing, exercise intolerance and slow weight gain were all classic symptoms of this very rare disease. We were informed that the only way to specifically diagnosis what type of ILD Madison has is by doing a lung biopsy, requiring surgery and hospitalization. This would finally give us an answer and hopefully get us off of the numerous drugs and treatments.


Madison had a lung biopsy March 2008 which confirmed her diagnosis of Interstitial Lung Disease, specifically NEHI. Only about 100 known cases of NEHI exist currently. The way we describe this to others is that Madison has trouble moving air into and out of her lungs. Some of the old air gets "trapped" in the alveoli so when she inhales, the new fresh air mixes with the trapped old air and there is less oxygen present. When Maddie sleeps, she does not always breathe as deep, making her oxygen saturations drop. 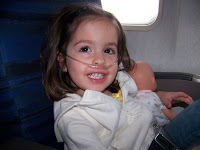 Madison's only treatment is oxygen. She was slowly weaned off all other medications and she is doing well. Madison does sometimes ask for a "rest" or a break during physical activity, especially in the heat/humidity. When on an airplane, Madison has a much greater difficulty with her breathing and requires more oxygen.
We are so thankful to have found Dr. Lisa Young who is a pediatric pulmonologist at Cincinnati Children's specializing in the area of children's Interstitial Lung Disease. We are currently 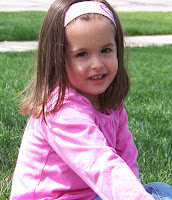 learning more about this disease through the chILD Foundation. 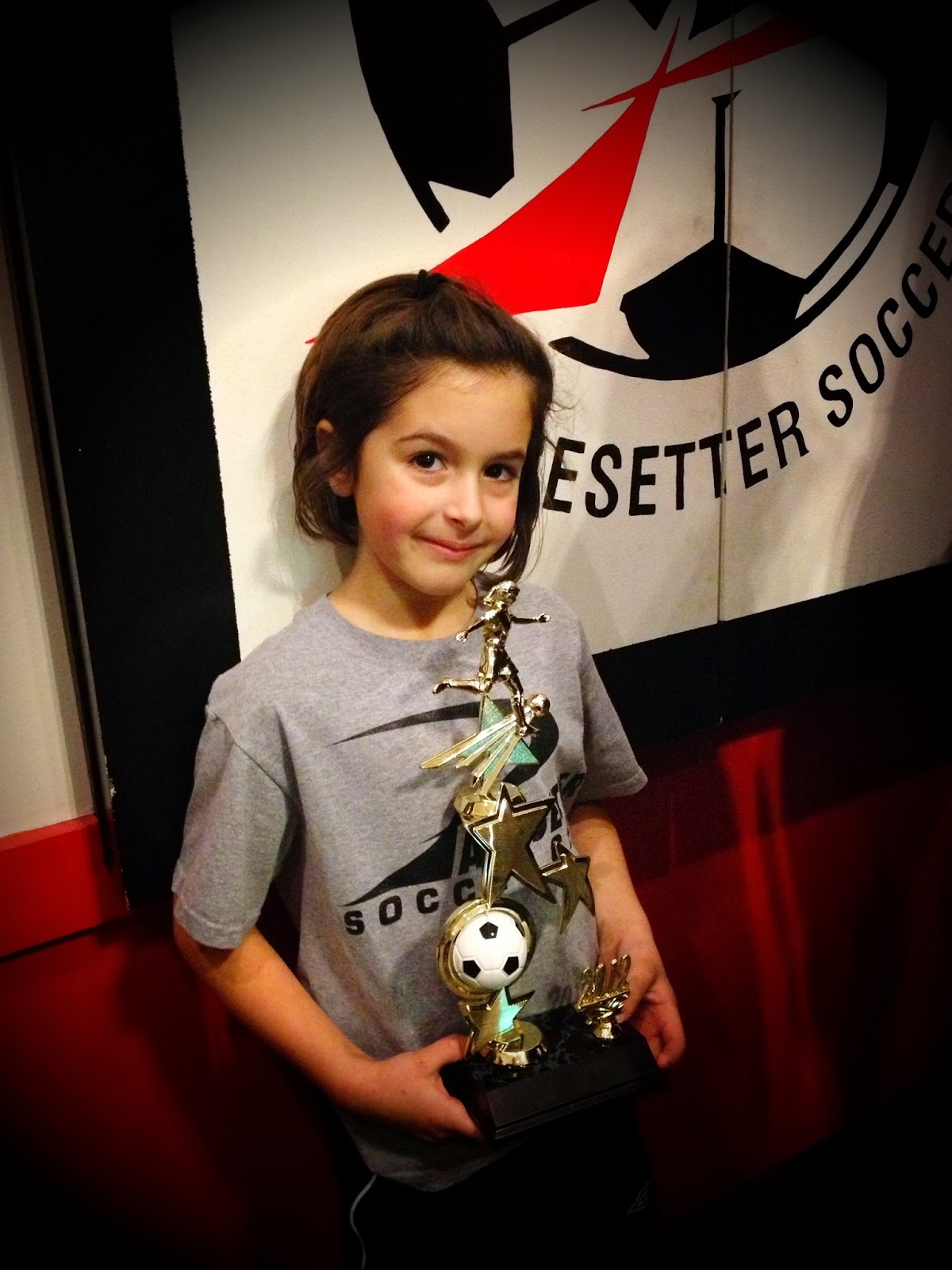 After Madison's diagnosis, we finally felt like we could breathe.  We finally knew what was causing Maddie to have trouble breathing and we finally knew what would help and what was not helping.  It took almost a year after the diagnosis to wean her off the unnecessary steroids and other medications.  We were told not to expect her to play any endurance sports, to expect her to run low on energy… and so many unknowns. 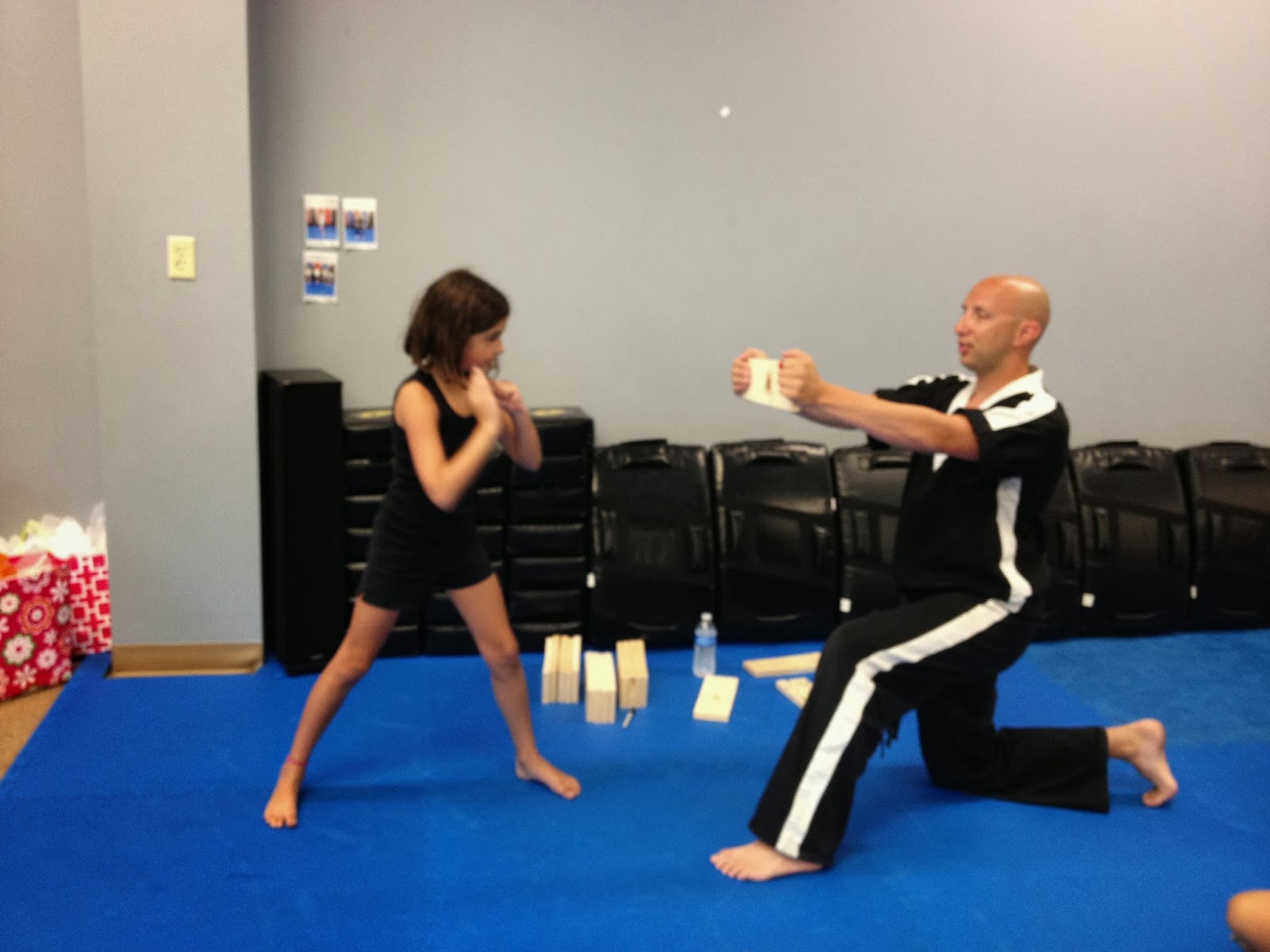 Well…I am so happy to share that this little girl is not only active, full of energy, smart and beautiful, but she continues to defy the odds.  Maddie has not let NEHI beat her.  When the oxygen company comes to our house, they have no idea which one of my children requires it.  At school, her teachers say that her disease is completely unknown to the average eye, she is extremely bright, creative and very social.

When Maddie asked to try out for a COMPETITIVE, TRAVEL SOCCER team at the age of 7, I worried.  Would she be able to keep up?  How would her breathing impact her?  Well, I am proud to report that not only did she make the team, but her favorite position is mid-field (yeah, the one that runs the most!).  We have the most amazing coach who has pushed Madison to reach beyond her limits, encourages her to be her best and has given her every opportunity despite her disease.  Maddie certainly has to work harder, runs out of energy faster, but she will never give up.  She continues to play soccer year round, and I truly feel this has been a gift in her life. 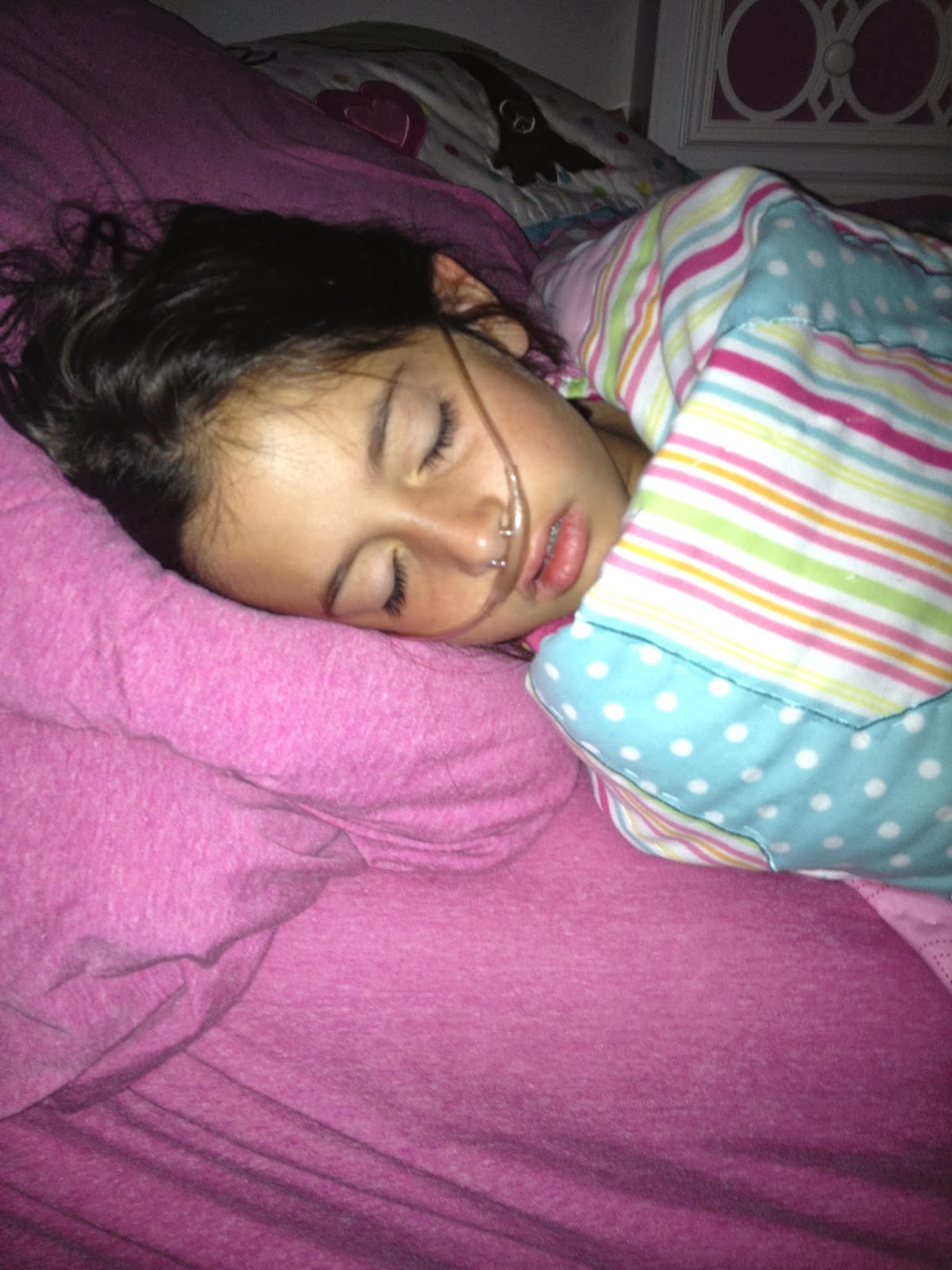 Maddie is also an orange belt on her way to purple in karate.  She has a very powerful round kick and is dedicated to getting her black belt one day.  Again, she is blessed to have a coach, "sansei," who cares deeply for her.   Maddie dabbles in basketball and softball and loves to dance.

Yes, Maddie still sleeps with oxygen.  Yes, she still sees our local pulmonologist every three months.  Yes, she is still being seen by Dr. Lisa Young at Vanderbilt.  Yes, she still lives with NEHi.  And YES, she is thriving, active, happy, energized, smart, and extraordinary!

My hope is that other parents find this blog in your quest for answers and see what Maddie has done in only 9 years!  It seems that she will have to deal with this disease for the rest of her life, but I can't wait to see what else she overcomes.  Nothing is going to beat my free-spirited little Maddie, certainly not this disease!!

We just met with our local pulmonologist for Maddie's checkup.  She had another PFT which looks almost identical to the one in the picture above.  Not much change there...but the doctor was BEYOND amazed by how Maddie looked and by her involvement in athletics.  Maddie continues to play Pacesetter Travel Soccer where she trains up to 3 times a week.  In addition to soccer, she also has begun playing competitive basketball where she is practicing twice a week with a game on the weekends.  She has built up her endurance and is very driven to play and do well.  When I watch her on the field or on the court, I am truly amazed by what I am seeing.  Maddie continues to defy the odds and not let this disease make any excuse for her.  We could not be more proud of this beautiful, smart, hilarious, and athletic young lady. 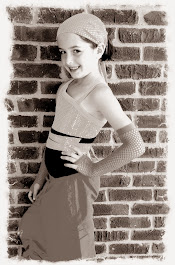 A little about Maddie

Madison is an adorable, spunky, spirited, now 9 year old who loves music, dancing and especially her sisters Mackenzie and Marissa. Madison is a dedicated athlete who absolutely loves soccer and karate. She is an active, beautiful, smart and free-spirited little girl who just happens to have a rare lung disease called NEHI.

Maddie and her sisters 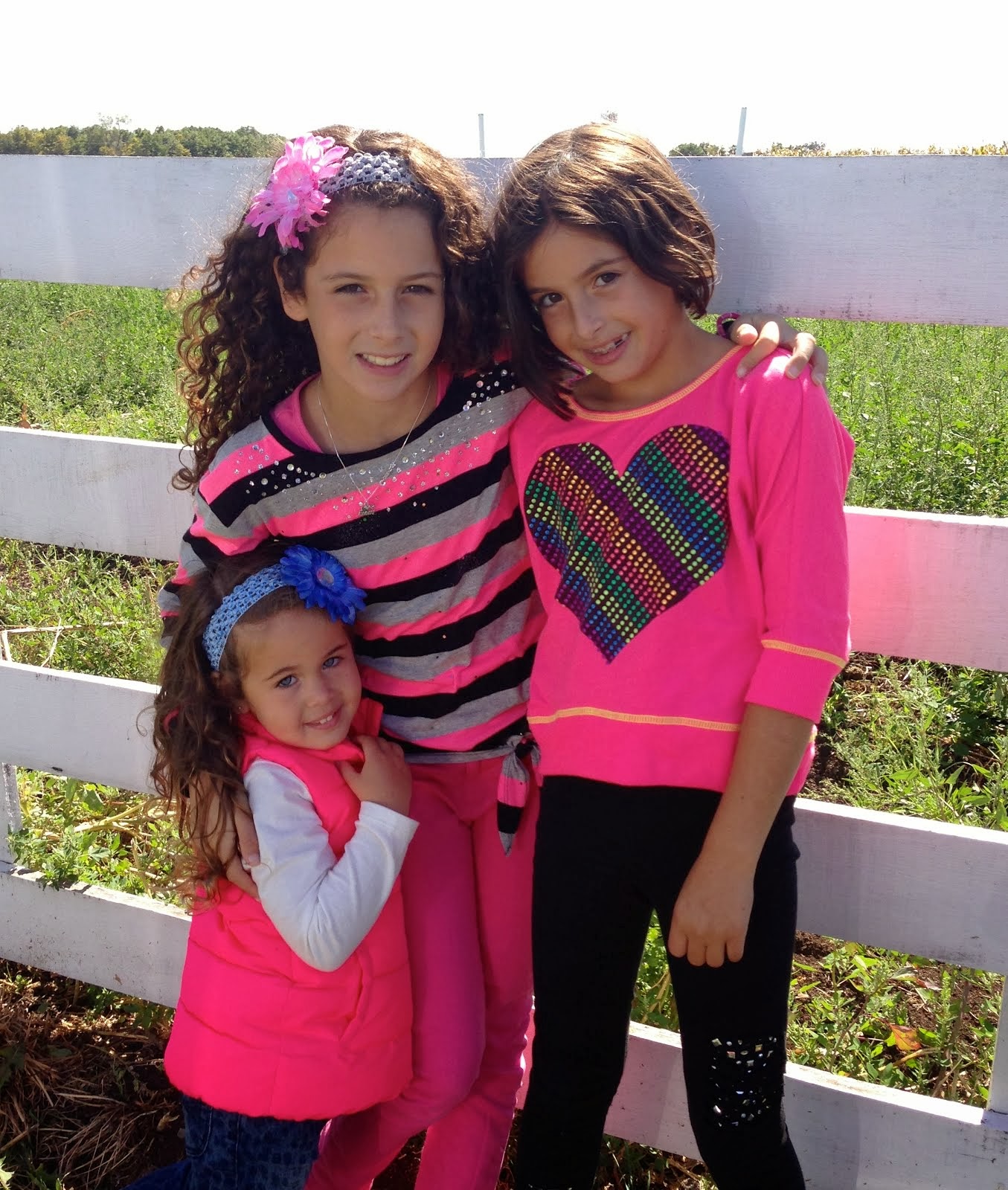 What is children's Interstitial Lung Disease?

Children’s Interstitial Lung Disease (chILD) is a group of rare lung diseases found in infants, children, and adolescents. There are different types of chILD that vary in their severity and in their long term outcomes. In simplest terms, all types of chILD decrease a child’s ability to supply oxygen to their body.

(The above definition comes from: www.childfoundation.us/)

NEHI is a recently described disorder of very uncertain pathogenesis. Patients with NEHI are commonly term infants who present in infancy with rapid breathing (tachypnea), retractions and hypoxemia. Crackles are common upon examination as well. The chest CT scans often show geographic ground-glass opacities in the lobe and lingula with diffuse air-trapping. The only way to give a definitive diagnosis is by a lung biopsy.

The name NEHI comes from Neuroendrocrine cell Hyperplasia of Infancy. Everyone is born with these neuroendrocrine cells that appear to be involved in lung development. Within the first 12 months, these cells begin to disappear as they are no longer needed. Research has found that children with NEHI were either born with too many cells or their bodies are not getting rid of the cells. It is not clear why these cells are there and if/how it causes their symptoms. Research continues to learn more about NEHI and how it will impact the lives of our children in the future...

Other Friends with ILD

Enjoying life to the fullest 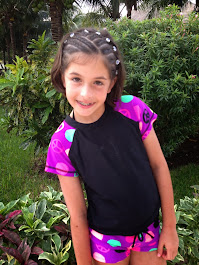 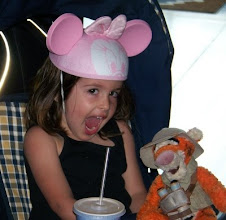 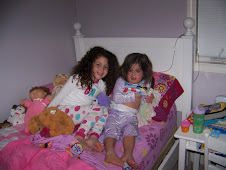 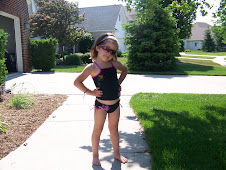